How to drink beer after running, with Lucky Saint.

'Preface: It’s Wednesday evening, and I’ve a late working night ahead, and an early meeting tomorrow. Regardless, I’m sitting here with a cold beer in hand.' 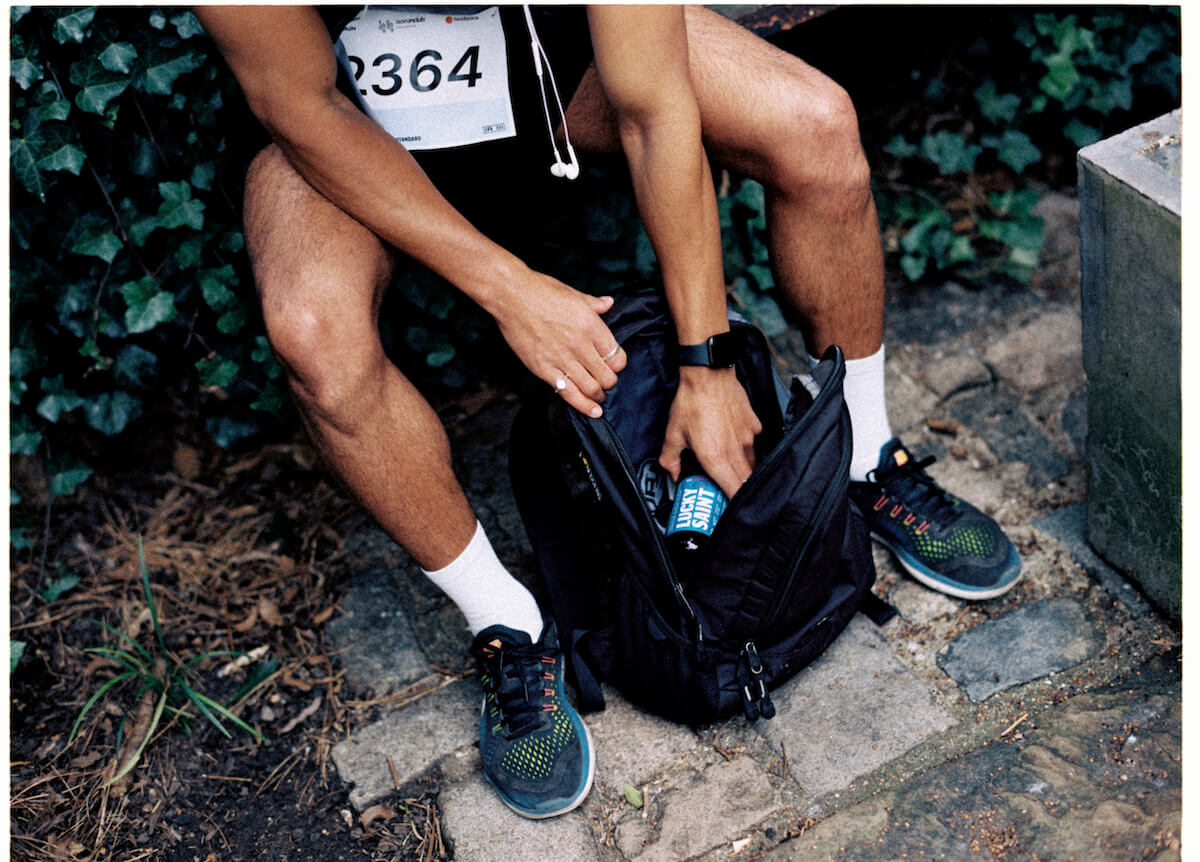 When I started drinking, I’d force down beer and pretend to like it. The only thing I wanted more than a Sprite was to be a man and so; every time I was offered a drink, I’d ask for a beer, and then sit there, drinking it very slowly, feeling a bit sick and generally not having a particularly good time.

In my late teens, the feeling of being drunk outweighed my consideration for taste, and so I drank beer far more regularly. I eventually drank enough beer to learn what I liked, and what I did not. How the same beer can taste different depending on the pub in which you drink it, and critically; to only drink it when it’s cold. I learnt to drink less of it before a run, after an abrupt learning experience from ISORACE I: racing when hungover is very uncomfortable.

The background is important because there’s a few things you must understand before hearing my thoughts on a non-alc beer like Lucky Saint: I like to get drunk, I like to drink beer, and I like to run a lot. Alcohol has always had a very real effect on my mental and physical health, sometimes in good ways, sometimes in bad. It makes me have a good time, generally, and loosens up my inhibitions. This is good for my mental health. It also gives me crushing hangxiety*. I’ve learnt to choose what I drink dependant on the effect I desire, and, as a result, my fridge now contains more Lucky Saint than alcoholic lagers.

This is why I am writing this now, because George does not drink, and who would trust a vegetarians’ review of vegetarian bacon?

*hangxiety: commonly known as ‘beer fear’; is the part of a hangover when you question your entire being and personality, based on a joke you made last night that no-one laughed at. 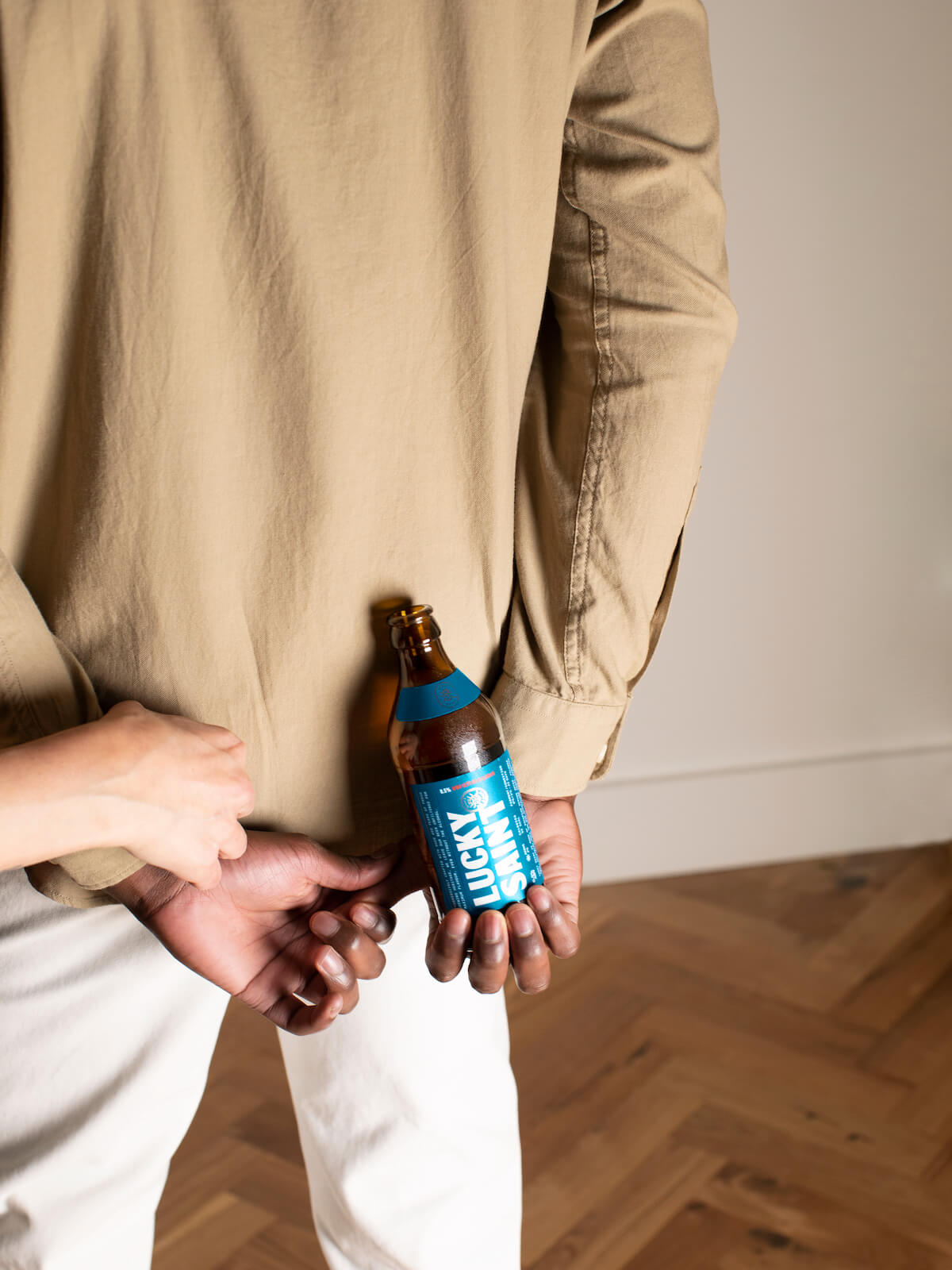 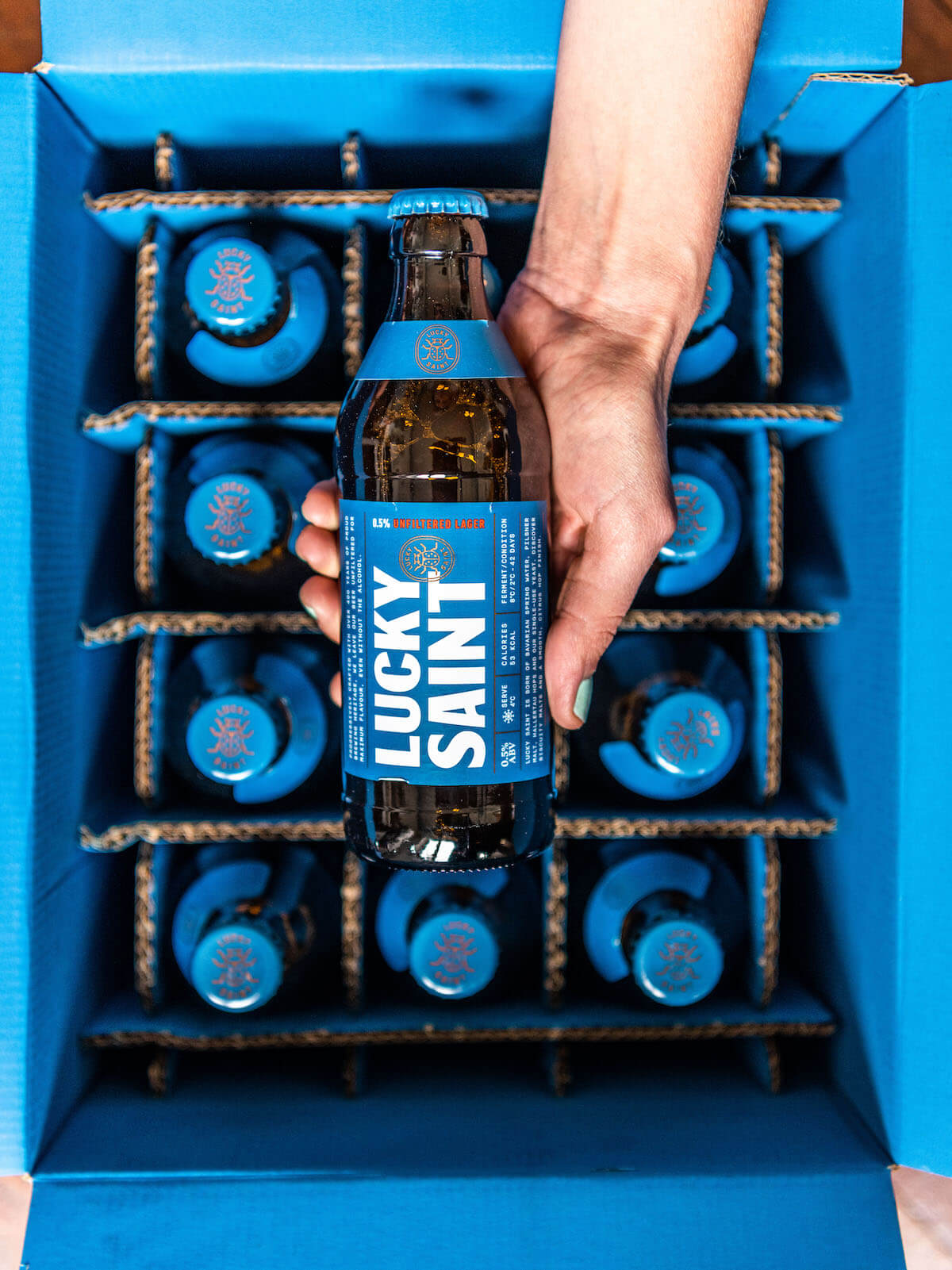 On first taste of a Lucky Saint, it’s indistinguishable from a regular beer. It must be tried to be believed; genuinely indistinguishable. It even looks like a real beer, with a hazy complexion and a proper head. It’s fucking delicious. Fruity, aromatic and without any sharp flavours, it’s a well-rounded and infinitely drinkable drink. There’s only one conclusion to be drawn, Lucky Saint is absolutely a real beer, it just happens to have a very low alcohol content. And put it this way- if they were to make a beer with alcohol, you’d be left begging them not to change the taste.

Lucky Saint was a discovery I made at a good time, having just started a business, inadvertently raising my time spent working from Not Very Much to Far Too Much. more than once I’d bought a box of Heineken Zero or Becks Blue, and ended up pouring them in the sink, because they tasted shit. Again left with no option, I’d drink beer because I wanted a beer, not because I wanted an alcoholic drink. Even one alcoholic beer would absolutely affect my productivity the next day, and the amount of times I snoozed my alarm. 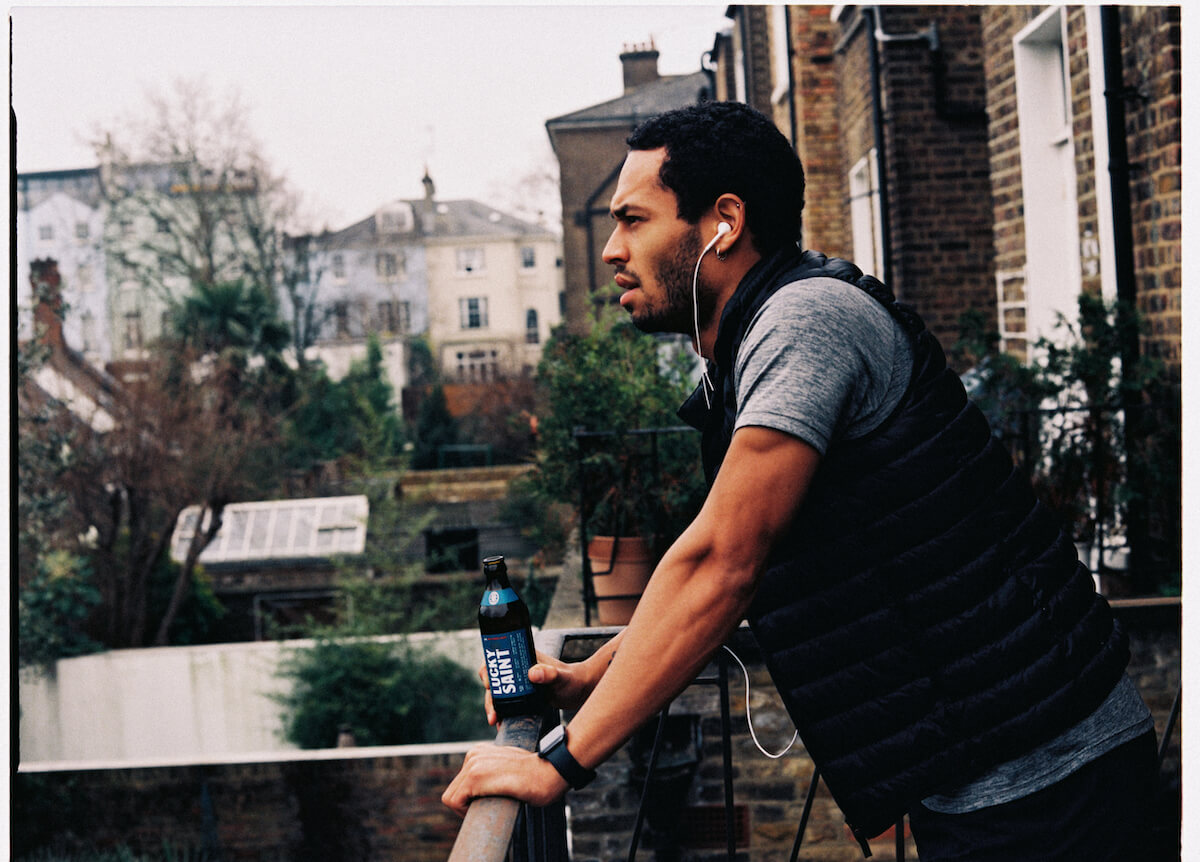 As a result of this love-affair with the darling of non-alcoholic beers, we sent a rather needy email to Lucky Saint, in pursuit of a way to put a cold Lucky Saint in the fridges and hands of those running our race. We wanted to have a beer with you, albeit virtually, after the race. Lucky Saint complied, and we’ve figured out a way to get a beer to you, the night before race day.

An honest, cold beer, for your honest, hard miles.

How to drink beer after running, with Lucky Saint.

'Preface: It’s Wednesday evening, and I’ve a late working night ahead, and an early meeting tomorrow. Regardless, I’m sitting here with a cold beer in hand.'

A no-bullshit guide to strength training for runners.

We know why we should train for strength: injury prevention, run faster, coordination improvements; but how can we access these improvements when you can’t access a gym?

Born from a desire to move in May 2020, ISORUNCLUB is a virtual running platform, designed to be inclusive, competitive, and eco-friendly. We’re doing our best to explore and shape a modern way to run.